Dr. Pishvaian is Associate Professor in the Department of Oncology, and Director of the Gastrointestinal, Developmental Therapeutics, and Clinical Research Programs at the NCR Kimmel Cancer Center at Sibley Memorial Hospital at Johns Hopkins University School of Medicine.

Formerly, Dr. Pishvaian was Associate Professor, in the Department of Gastrointestinal Oncology, and Co-director for Clinical Research at the Sheikh Ahmed Bin Zayed Al Nahyan Center for Pancreatic Cancer Research at the University of Texas, MD Anderson Cancer Center.

Dr. Pishvaian is an MD and a PhD in Tumor Biology and earned both degrees at Georgetown in 2001. He remained at Georgetown after graduation, completing his medical residency in 2004, then his fellowship in Hematology/Oncology in 2007. He served on the faculty at Georgetown until moving to MD Anderson in 2019.

Dr. Pishvaian is a translational oncologist, focused on providing novel therapy for patients, particularly in the areas of pancreatic cancer and refractory colorectal cancer. His work has been focused in the area of precision medicine, with a special focus on therapy targeted towards homologous recombination DNA repair deficient tumors, and Dr. Pishvaian is a Co-investigator on an NIH RO1 to study mechanisms of resistance to PARP inhibitor-based therapy. 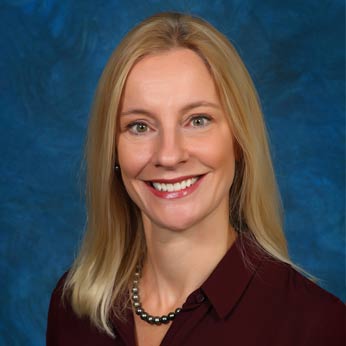 Dr. Goodman is a board-certified radiation oncologist specializing in cancers of the gastrointestinal tract, including malignancies of the esophagus, stomach, pancreas, and liver as well as colorectal and anal cancers. She recently joined the Icahn School of Medicine at Mount Sinai as a Professor in the Department of Radiation Oncology and Associate Director of Clinical Research in the Tisch Cancer Institute. Dr. Goodman had been at the University of Colorado Cancer Center for four years after serving as the head of Gastrointestinal Radiation Oncology at Memorial Sloan-Kettering Cancer Center for over eight years. Her initial faculty position was in the Department of Radiation Oncology at Stanford University School of Medicine.

Dr. Goodman obtained her undergraduate and medical degrees from Stanford University and spent a year as a Research Fellow at the Division of Reproductive Health of Centers for Disease Control in Atlanta. She completed her residency training in Radiation Oncology at Memorial Sloan-Kettering Cancer Center where she served as Chief Resident. She earned a Masters in Epidemiology at the Harvard School of Public Health in 2006.

Dr. Goodman’s interests include image-guide radiation therapy, stereotactic body radiotherapy, and intensity-modulated radiotherapy treatment planning for gastrointestinal cancers with the intent of reducing toxicity and improving results with radiation therapy. She has also focused her research on quality of life and late effects after radiotherapy. In addition to her interest in technical advances in radiation oncology, she is involved in the development of therapeutic protocols combining radiation, chemotherapy, and targeted agents for gastrointestinal cancers. She has been selected for inclusion in Castle Connolly’s list of America’s Top Doctors for several years.

Dr. Goodman is an internationally recognized expert in Gastrointestinal Cancer and has served in numerous leadership roles on multiple ASTRO, ASCO, and RTOG/NRG committees. She serves as the national Radiation Oncology principal investigator of the RTOG/NRG 0848 study, a phase III trial evaluating the use of post-operative radiotherapy for pancreatic cancer. She is the national Study Chair for the recently completed CALGB/Alliance Cooperative Group phase II trial (CALGB 80803) investigating PET scan-directed therapy for esophageal cancer. She has published over 100 peer-reviewed articles, review articles, and chapters. 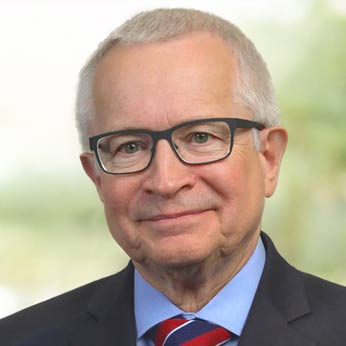 Dr. Von Hoff graduated from Carroll College and received his medical degree from Columbia University College of Physicians and Surgeons. He went on to complete his internship and residency in internal medicine at the University of California, San Francisco, and a fellowship in medical oncology at the National Cancer Institute. Von Hoff became a professor in the departments of medicine and cellular and structural biology at the University of Texas Health Science Center, San Antonio. In 1989, he became the founding director of the Institute for Drug Development at the Cancer Therapy and Research Center in San Antonio and 10 years later he became the director of the cancer center and professor of medicine at the University of Arizona.

Dr. Von Hoff has published more than 648 papers, 138 book chapters and over 1085 abstracts. Dr. Von Hoff received the 2010 David A. Karnofsky Memorial Award from the American Society of Clinical Oncology for his outstanding contributions to cancer research leading to significant improvement inpatient care.

Dr. Von Hoff was appointed to President Bush’s National Cancer Advisory Board in 2004-2010. Dr. Von Hoff is the past President of the American Association for Cancer Research (the world’s largest cancer research organization), a Fellow of the American College of Physicians, and a member and past board member of the American Society of Clinical Oncology. Dr. Von Hoff is founder and the Editor Emeritus of Investigational New Drugs – The Journal of New Anticancer Agents; and, past Editor-in-Chief of Molecular Cancer Therapeutics. He is a co-founder of the AACR/ASCO Methods in Clinical Cancer Research Workshop. He is also proud to have been a mentor and teacher for multiple medical students, medical oncology fellows, graduate students, and post-doctoral fellows.

We use cookies on our website to give you the most relevant experience by remembering your preferences and repeat visits. By clicking “Accept”, you consent to the use of ALL the cookies.
.
Cookie SettingsAccept
Manage consent

This website uses cookies to improve your experience while you navigate through the website. Out of these, the cookies that are categorized as necessary are stored on your browser as they are essential for the working of basic functionalities of the website. We also use third-party cookies that help us analyze and understand how you use this website. These cookies will be stored in your browser only with your consent. You also have the option to opt-out of these cookies. But opting out of some of these cookies may affect your browsing experience.
Necessary Always Enabled
Necessary cookies are absolutely essential for the website to function properly. These cookies ensure basic functionalities and security features of the website, anonymously.
Functional
Functional cookies help to perform certain functionalities like sharing the content of the website on social media platforms, collect feedbacks, and other third-party features.
Performance
Performance cookies are used to understand and analyze the key performance indexes of the website which helps in delivering a better user experience for the visitors.
Analytics
Analytical cookies are used to understand how visitors interact with the website. These cookies help provide information on metrics the number of visitors, bounce rate, traffic source, etc.
Advertisement
Advertisement cookies are used to provide visitors with relevant ads and marketing campaigns. These cookies track visitors across websites and collect information to provide customized ads.
Others
Other uncategorized cookies are those that are being analyzed and have not been classified into a category as yet.
SAVE & ACCEPT